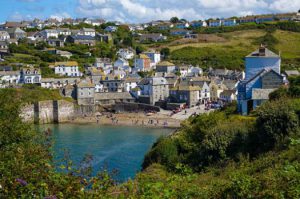 Nestled in a valley on the North Cornwall coast is a sleepy fishing village. Unless it’s not sleepy. Sometimes it becomes the most glamorous humming port in Britain as film crews, catering crews, extras and hangers-on are all busy making movies! We know it as as Port Isaac, 35 minutes away. 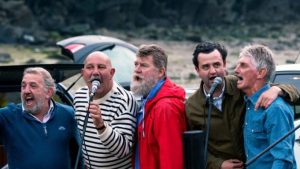 Fisherman’s Friends is all about our local boy band! You might be able to spot a few of the group playing extras in the pub scene. Great scenes all around the village. Starring James Purefoy, Tuppence Middleton, and Daniel Mays. 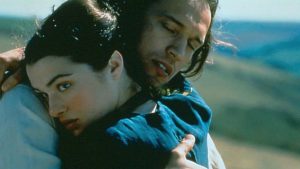 Amy Foster is a 1997 movie based on a 1903 story by Joseph Conrad. It stars Rachel Weisz and Vincent Perez. 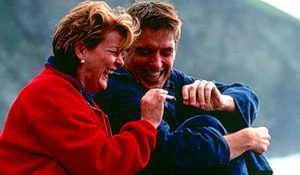 Saving Grace is a comedy/caper film, starring Brenda Blethyn, Craig Ferguson and Martin Clunes filmed in 2000. Grace Trevethyn’s husband leaves her in economic ruins, so together with her gardener she uses her plant-cultivation ability to grow marijuana. 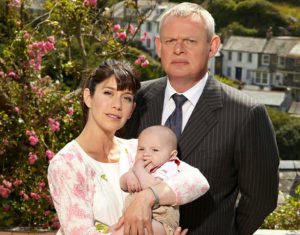 And don’t panic; last we heard, we have at least one more series of Doc Martin coming in 2019. But you can help determine the future of the series: LIKE the Facebook page if you want more adventures with the Doc and all his friends. And here’s a little known fact: our local Buttermilk Artisan Confectionery has a shop in Port Isaac that becomes Mrs Tishell’s Chemist Shop in Port Wenn! 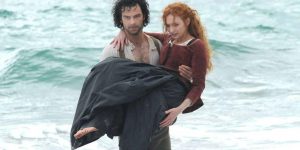